Potato Curry at Puri Beach – Delicious That I Still Remember It

A lot of people visit the Puri Beach from various parts of India and spend exciting time here. We could see a number of foreign tourists here. Then there were the pilgrims who visit Puri to offer prayers at the famous Jagannatha Temple and other adjoining temples. The water in the Bay of Bengal is calm and quite safe for the people to swim. I went to other places in Puri with my family and had a great time there visiting the temple of Jagannath, the Chilka Lake and the spending a lot of time at the beach. The potato curry we tasted at Puri Beach was very tasty and had a flavor of its own. We never had such a tasty curry even in five-star hotels. 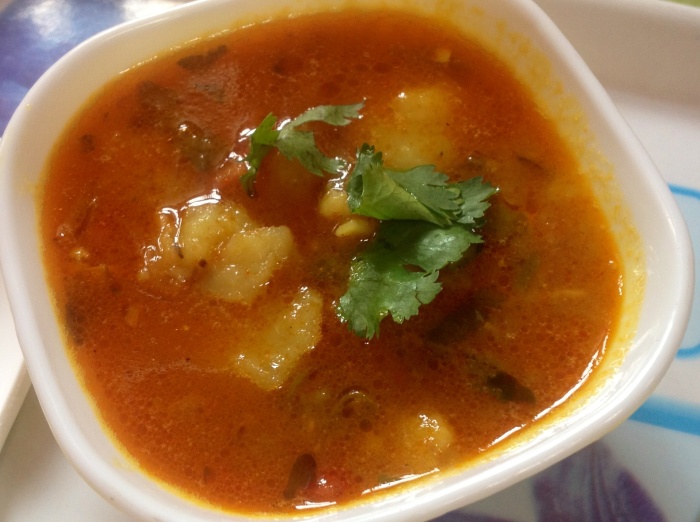 My kids too were playing on the beach and joined another group of boys playing there. After a while they pulled me up and said that they wanted to get into the water. We spent some time playing with the waves and then sat down. It was then that a vendor came up carrying puris and potato curry. The potato curry was specially made of some kind of recipe , when I asked him about the recipe he disagreed to reveal it. We were so hungry that I ordered puris and potato curry for all the four of us. The curry was so delicious that we had a second helping and it tingled my taste buds.

The beach at Puri is always vibrant with life and it is a pleasure to sit on the beach and watch people. There were newly married couples walking on the beach holding hands and busily talking, oblivious to the surrounding people. Then, there were children playing and shouting on top of their voice, parents keeping watch on the children, elderly people sitting and enjoying the cool breeze from the sea and a group of youngsters doing meditation and yoga. They had a teacher giving then instructions.

After spending some more time at the beach and watching the spectacular sight of the sunset, we went back to the hotel. One thing that I remember even now is the potato curry at Puri beach, a taste which I never had in my life.