The second day of our trip to New Delhi started with the wakeup call from our resort’s room service whom we had instructed to prompt us to make sure we do not wile our trip sleeping in the cozy blankets of our rooms. It was still time for breakfast when we moved down to the dining lounge.

We decided over the buffet in the green gardens of the resort instead of ordering breakfast to our rooms. After the breakfast, we simply strolled through the luscious grounds of the resort while waiting for our cab service to fetch us from the resort. After half an hour, the cab arrived, and we were off to visit the world’s tallest brick tower, Qutab Minar.

Qutab Minar has a very illustrious and interesting history associated with it. It was conceptualized and commissioned by Qutub-ud-din-Aibak who was the founder of the Delhi Sultanate but could not be completed in his lifetime. His successor Emperor Shams-ud-din-Iltutmish is credited with completing this roughly 93 m tall brick marvel. 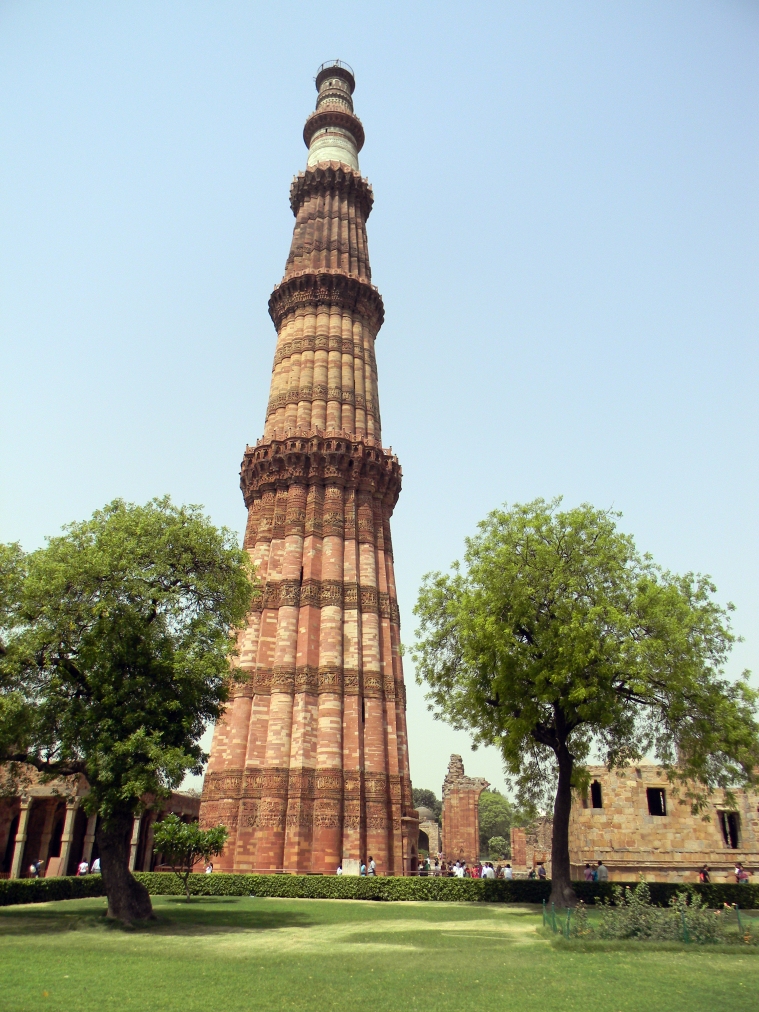 The five storeyed monument has stood tall ever since overlooking the dawn and culmination of subsequent dynasties and rulers. This Minar along with some other adjoining monuments is clubbed as the Qutb Complex and is a UNESCO World Heritage Site.

After visiting this spectacular monument and taking too many pictures we were taken to the other surrounding monuments of the complex. Our guide took us to the Alai Darwaza and Quwwat-ul-Islam mosque located around the Qutab Minar. But the gem in the crown was our visit to the Iron pillar. 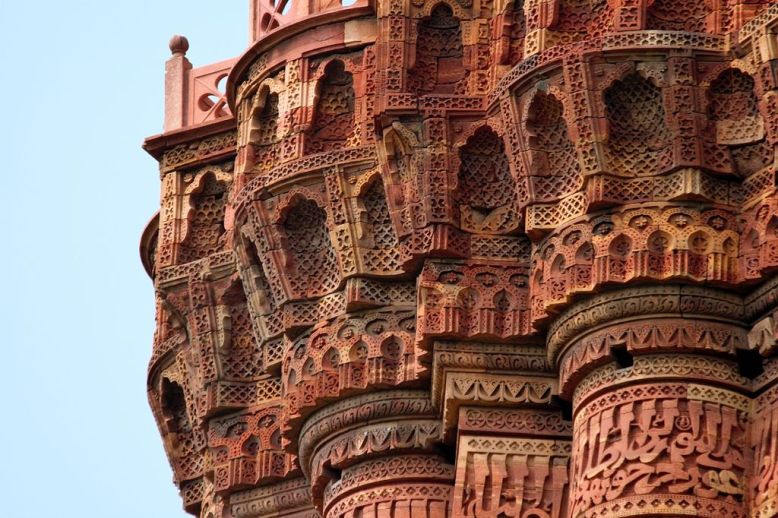 This pillar has been carbon dated as being more than 1600 years old but stands unruffled by corrosion even after so many years. The metallurgists round the globe are awestruck with the efficiency and knowledge of the ancient Indian craftsmanship. It surged a feeling of pride for the nation and made me ponder where we as a nation used to be and where we stand now.

The complex is located in Mehrauli. After taking a good look at all these monuments, we decided to move to the next location on the list, ‘The Garden of Five Senses’.

Posted on August 10, 2015, in Travels and tagged Qutab Minar. Bookmark the permalink. Leave a comment.