After exploring the beauty of the gardens and the shikharas at the Dal Lake, it was time to move on to our next destination which was the Nishant Bagh. We knew that it was the second largest garden built by the Mughals in Kashmir, next to Shalimar Bagh which is not far away from here. We didn’t have to travel much to reach the destination as it was located near the Dal Lake. On entering the garden, we could see why it is named as the Garden of Delight or Garden of Gladness or Garden of Joy. My children were extremely delighted as they could run around and get drowned in the scenic view. 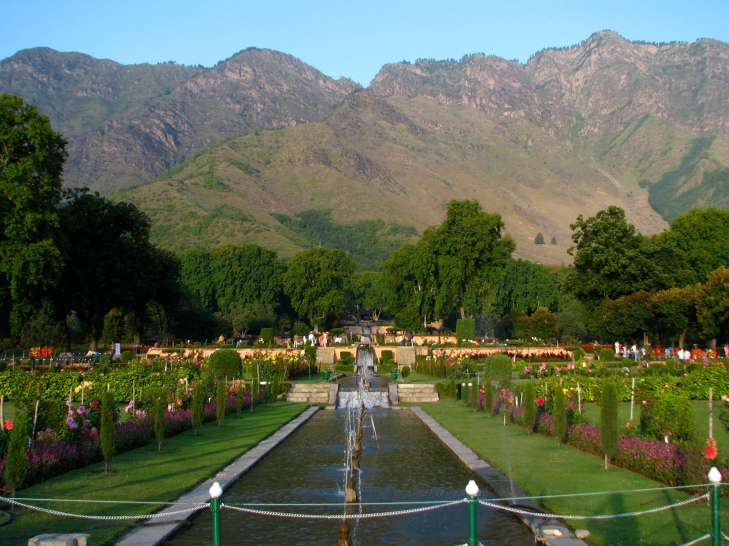 We saw terraces decorated with avenues comprising of cypress and chinar trees. It is made of twelve terraces showcasing twelve different Zodiac signs. We came to know that both Nishat Bagh and Shalimar Bagh had the same source of water, Gopi Thirst. We could also spot some ancient Mughal style buildings in the nearby regions. There is also a canal which runs through the heart of the garden. Water flows down terraces over steps of ramps made of stone. We could also find fountains and pools along the channel at all the terraces.

Posted on June 22, 2015, in Travels and tagged Nishat Bagh Srinagar. Bookmark the permalink. Leave a comment.